Blackpool earned their first three points of the League One season courtesy of CJ Hamilton’s quick-fire brace. The summer signing broke the deadlock just before half-time, before adding his second moments into the second half to condemn Richie Wellens’ Swindon Town to defeat on his return to Bloomfield Road.

Neil Critchley’s men were aiming to respond following their opening day defeat to Plymouth Argyle. Though, it was the visitors who were presented with the first opportunity of the game inside the first 15 minutes. Jonny Smith found space on the right-hand before curling his left-footed effort just wide.

Blackpool started the game in an initial 4-1-4-1 formation, with Bez Lubala and CJ Hamilton supporting Jerry Yates up front. Hamilton looked lively throughout on the right-hand side and nearly created Blackpool’s opener. The summer signing skipped past his man and found himself in a dangerous position in the penalty area, but his inviting pull-back failed to find a team-mate.

The Seasiders continued to put the pressure on Swindon in their search for the breakthrough. The visitors lost the ball in a dangerous area and the ball presented itself to Lubala, but the 22-year-old lacked any conviction in his shot to trouble Matty Kovar.

Richie Wellens’ side almost took the lead themselves against the run of play just after the half hour mark. Dillang Jayesimi’s inviting cross was met by Tyler Smith at the back-post, but the forward failed to direct his header on target from five yards out.

The returning Bloomfield Road faithful certainly gave the players a lift and the Seasiders eventually rewarded them after finding the breakthrough just before the break. Hamilton received the ball and shifted it onto his weaker foot, before finishing emphatically past Kovar to put Critchley’s side in control at the break.

The hosts were playing with confidence and looked to double their lead just before the break. Hamilton’s cross found Michael Nottingham unmarked, but the defender headed over from six yards out.

The Seasiders started the second-half as they ended the first. Ollie Turton’s ball over the top found Hamilton in-behind the Swindon Town defence, before the winger cut inside and dispatched his left-footed effort past Kovar to put Critchley’s men in cruise control.

The visitors made two changes in the hope of engineering a second-half comeback as Hallam Hope and Brett Pitman came on for the Robins. Hope almost made an immediate impact off the bench as his speculative effort came back off the post with 15 minutes remaining.

Despite a strong period of play from the visitors, Blackpool continued to look dangerous on the counter-attack and almost added their third goal. Lubala’s surging run and pass eventually found Demetri Mitchell with only the goalkeeper to beat, but the left-back’s effort was well-saved to deny him his first goal for the Seasiders. 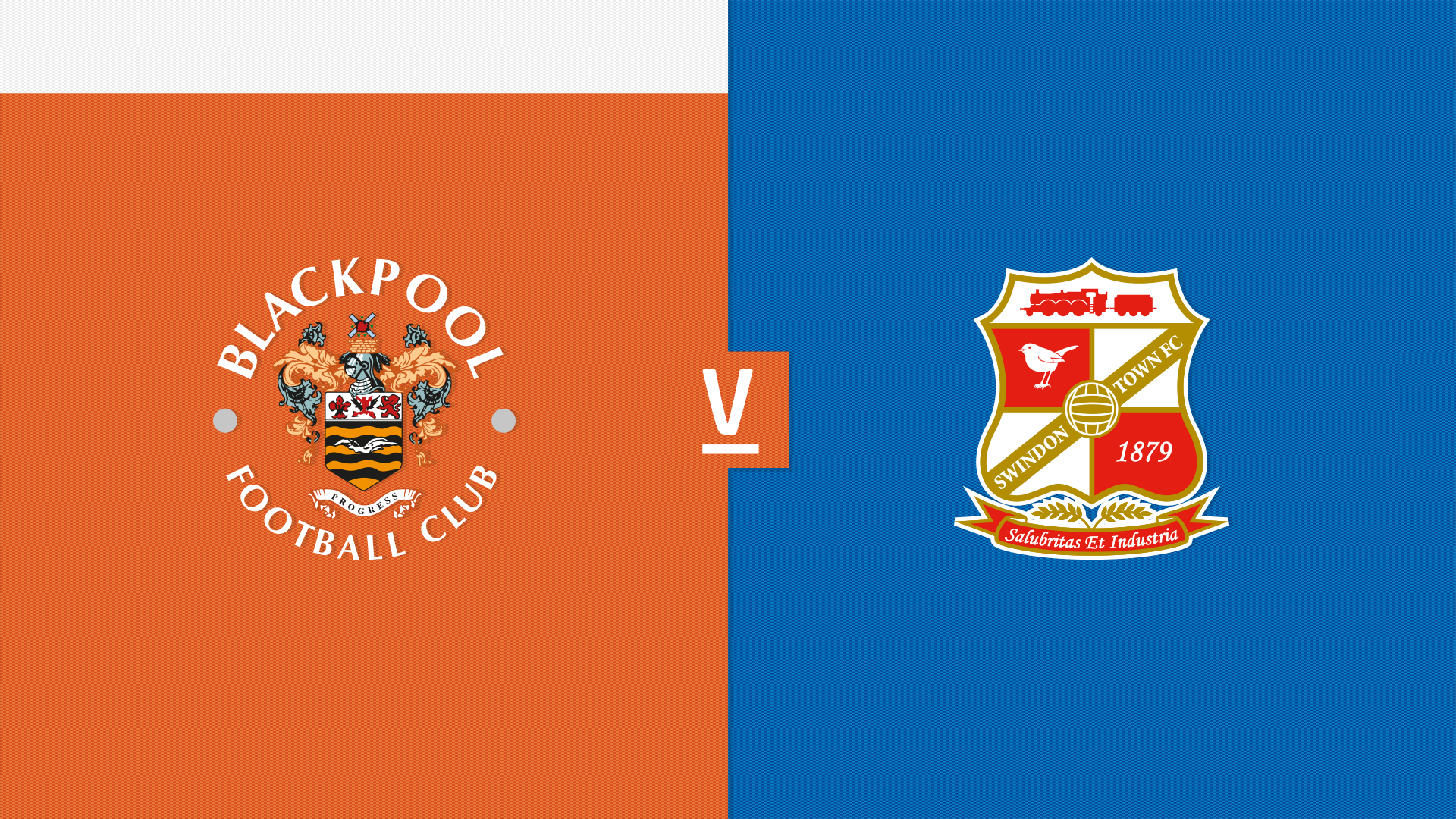 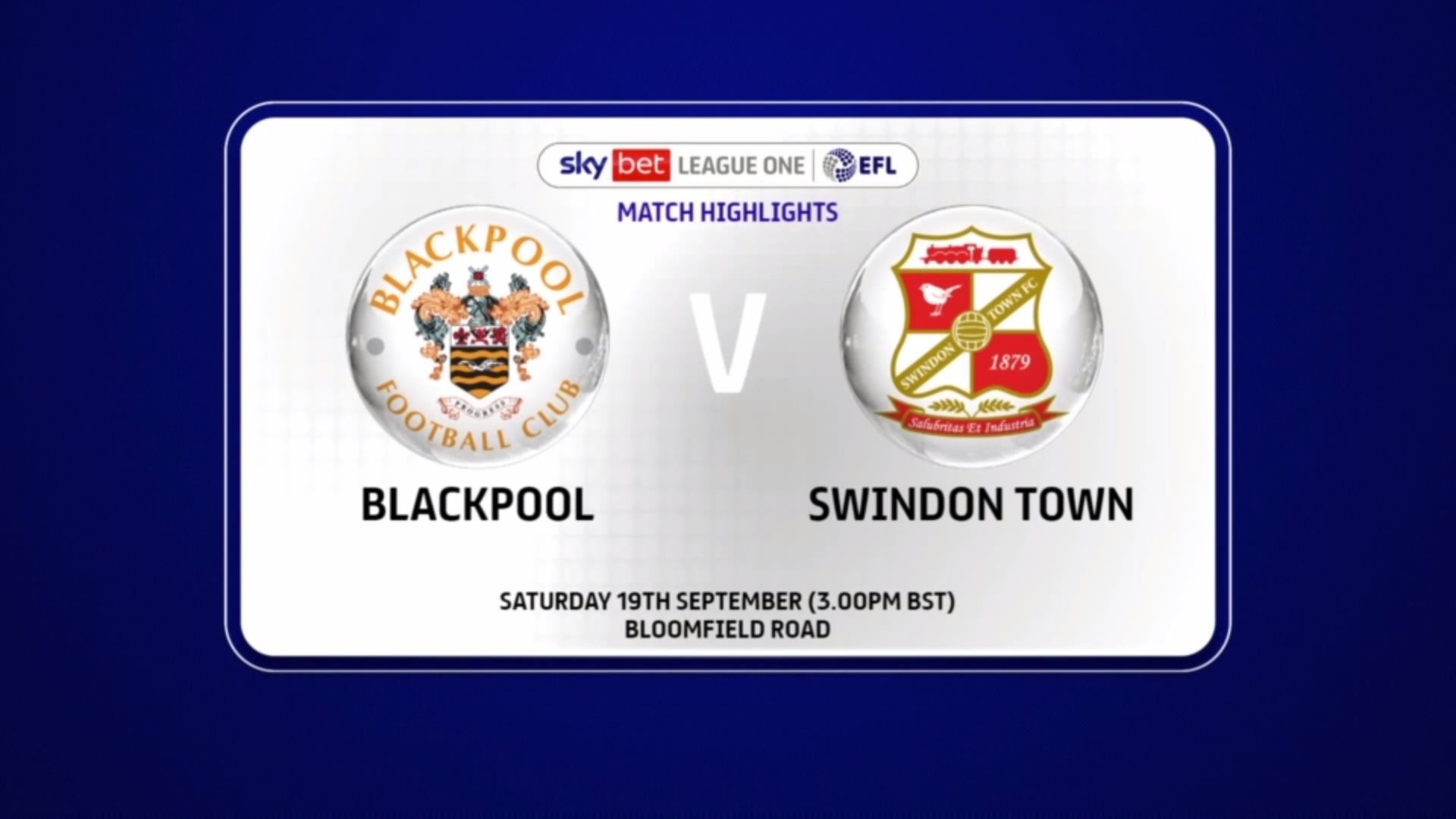 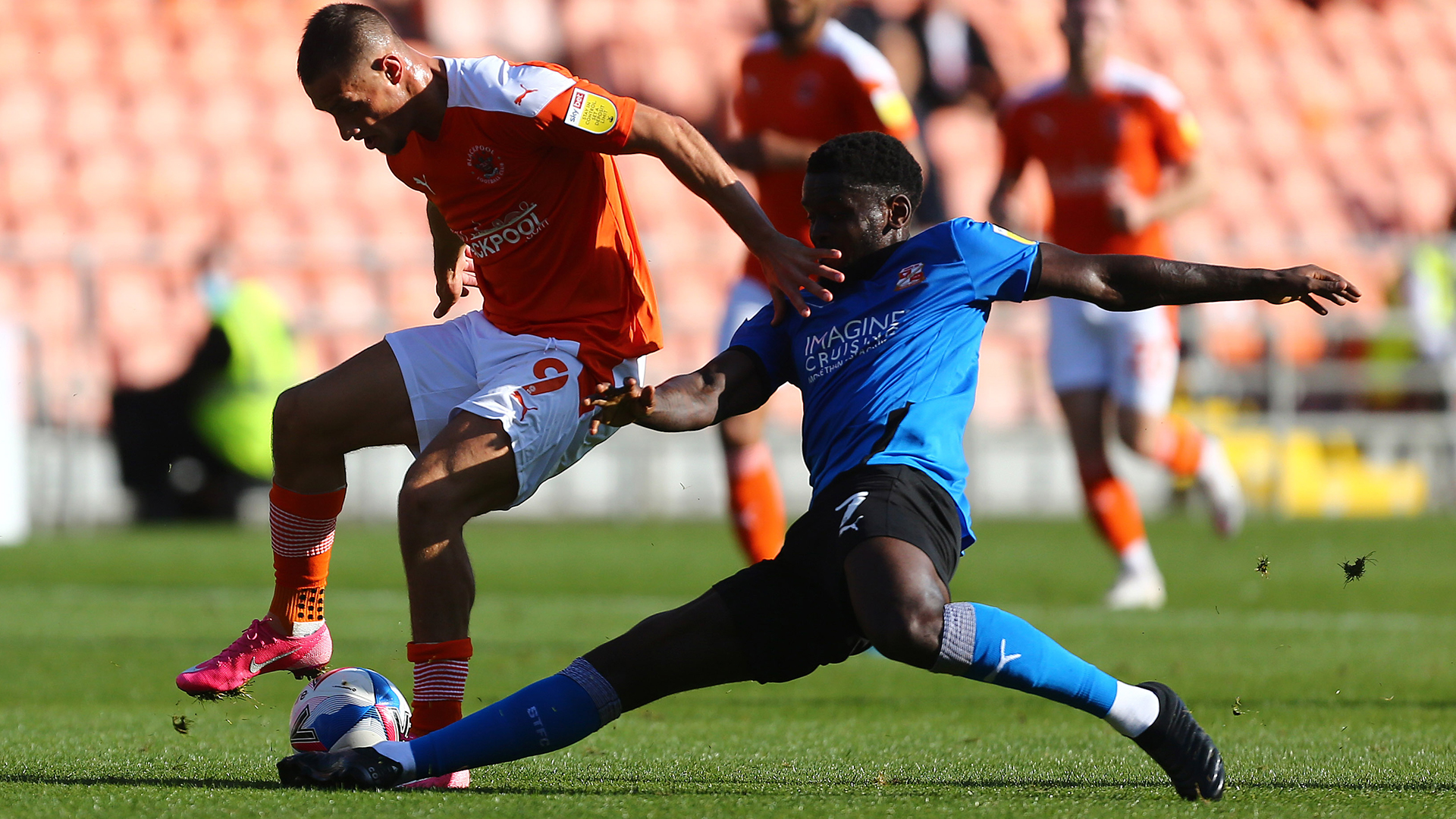