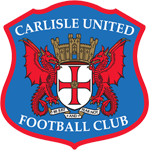 Blackpool’s reserve side were beaten by an experienced Carlisle United side at Squires Gate FC in a Central League Cup fixture.

It was a youthful looking Blackpool side, as the likes of Nana Adarkwa, Tony Weston and Owen Watkinson all started for the hosts.

Despite some good early chances for the Seasiders, it was Carlisle who opened the scoring on 26 minutes as Jack Bridge smashed in a first time effort into the roof of Jack Sims’ goal from 20 yards out.

Carlisle went into the interval 1-0 up and secured their victory in the second half with two late goals. With 20 minutes remaining, Tom Wilson placed a bullet header into the back of the net, following a great free kick which was whipped in from the right.

And the win was secured five minutes from time, as substitute Jayden Major scored the third to secure all three points for the away side.